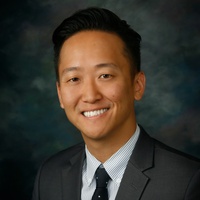 Upon his graduation, it’s perhaps no surprise his college job turned into something more. After connecting with two of the bank’s top financial advisors, he knew then that he wanted to advance in the retirement and wealth management sector. But first, he needed to gain experience in building the kind of relationships so critical to success in the industry. He returned to retail banking, where he excelled as a personal banker
and was quickly promoted to branch manager, the youngest in all of the bank’s Orange County (California) locations.

After 12 years at Wells Fargo, Steve took a year off to travel the world and reflect on his next move. Born and raised in Anaheim, a city nearly synonymous with Disneyland, Steve realized that a move to Partners would be a “storybook fit,” linking his background with his future goals and ambitions. In 2015, he joined the Partners Retirement and Wealth Management Group.

Steve’s drive for personal excellence and integrity shines through in all his endeavors. He attributes his success to long-lasting relationships built on a foundation of loyalty and trust. Steve holds his Series 7 and 66 registrations with LPL Financial, along with Florida life, accident and health insurance licenses. Outside of work, he enjoys time with his friends, family and his dog Bango.